The Gafcon Lawyers Network provides legal and canonical counsel and resources to the Primates, bishops, clergy and other leaders of Gafcon as we seek to live out the Jerusalem Declaration and its implications for our life and ministry together under the Lordship of Jesus Christ and the supremacy of the Holy Scriptures.

We met three times during Gafcon 2018, with approximately 30 lawyers at each of our meetings from Africa, Asia and Australia, North America and the UK.  We addressed:

From our discussions, we resolved to form three working groups to address the following issues:

In all of these matters, we will seek and take counsel from the Gafcon Primates Council, and offer ourselves, our services and our gifts as servants to the Primates as they provide direction and order for our Gafcon movement within the Anglican Communion.  We plan to carry on our work immediately following this conference through ongoing discussions, writing, sharing resources, meeting and developing a directory of resources on-line. 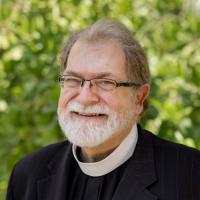 Canon Phil Ashey (leader) leads the American Anglican Council, one of the founding bodies of the Anglican Church in North America and early supporters of Gafcon. He grew up in a Christian family, committed his life to Christ at age 12, and eventually ended up as a prosecutor in California USA. During his criminal law practice he heard Christ calling him into full time ministry as a priest in the Episcopal Church USA. He rejected the false teaching of TEC and its leadership, and in 2005 led his church plant out of TEC and into the Church of Uganda. He helped draft the constitution and canons of the ACNA in 2008-2009 and continues to lead the ACNA Committee for Governance. In 2016 he graduated from Cardiff University Wales with an LL.M in Canon Law and wrote “Anglican Conciliarism: How the Church meets to decide together (Anglican House). He is celebrating 37 years of marriage to Julie this week together at GAFCON and they are blessed with four children— all of whom know and follow Jesus Christ. 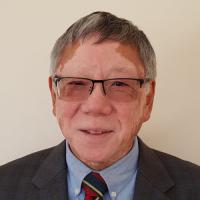 Dr Robert Tong (assistant leader) is a lawyer and Deputy Chancellor of Sydney Diocese. He has been active in lay ministry and in church government for more than 40 years. His work encompasses the Diocese of Sydney, the Australian General Synod, international church councils and the Diocese of The Murray. He was an Australian representative on the Anglican Consultative Council (1995-2000), and a Member of the Archbishop of Canterbury’s Panel of Reference (2005-2008). He has published chapters and articles on Anglican affairs. He acted as a consultant in the establishment of the Anglican Church of North America (ACNA). In 2010 he was appointed in the Australia Day Honours list as a Member of the Order of Australia. Robert is married to Winsome (the daughter of Archbishop Sir Marcus Loane KBE). They have six adult children, who by God’s grace are active disciples of Jesus. There are, so far, twelve grandchildren.