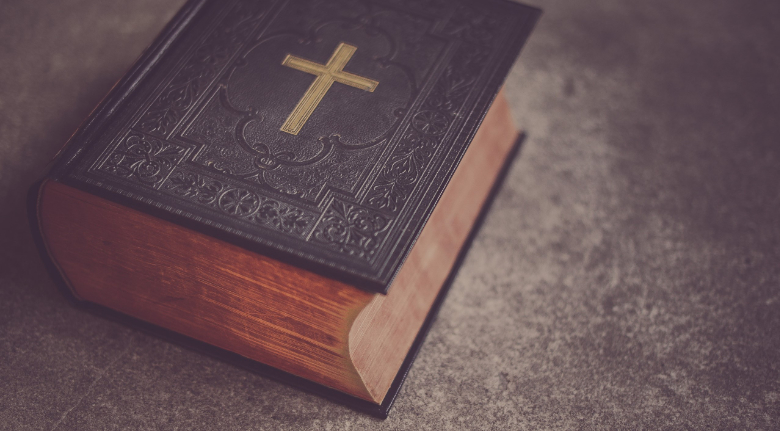 During the sixteenth-century religious Reformation, Roman Catholics and Protestant deeply disagreed not only about the nature of salvation (see yesterday’s devotion) but also about its means. And one of the key texts in this dispute was how to understand the final verses of Cranmer’s Gospel reading for the First Sunday after Easter:

Again Jesus said, “Peace be with you! As the Father has sent me, I am sending you.” And with that he breathed on them and said, “Receive the Holy Spirit. If you forgive anyone’s sins, their sins are forgiven; if you do not forgive them, they are not forgiven” (John 20:21-23).

The goal of medieval scholasticism was to organize, combine and, if necessary, reconcile all the teachings of the Bible, the writings of the Church Fathers, and the best of philosophical reasoning into a single coherent doctrinal system. At the very heart of the scholastic approach was an emphasis on God’s interaction with his people through the sacraments. Because of their importance, the Medievals codified a new standard list of the sacraments, seven in number: baptism, confirmation, marriage, ordination, penance, the Eucharist, and extreme unction.

According to this system, priests were entrusted with the power to forgive sins. They did so first through administering baptism. Afterwards, when Christians sinned, they had to go back to a priest to seek forgiveness through making their confession and receiving absolution. As a result, Christians could not be forgiven, unless they submitted to the judgment of a priest (or at least intended to do so at the first opportunity). Naturally, the scholastics found John 20:21-23 to be a strong, scriptural basis for the necessity of seeking priestly absolution.

Protestants, however, looked to the teaching of Paul that the forgiveness of sin came by believing the good news that Jesus Christ died and rose again for that purpose.  Keeping with Augustine’s principle that Scripture should interpret Scripture, the Reformers argued that John 20:21-23 had to be understood in the light of Romans 10:9-15. Firstly, belief, not priestly authority, restores a person to God: “it is with your heart that you believe and are justified” (v. 10). All Christians need to do is to turn to God and ask his forgiveness based on what Christ has done for them. Secondly, the disciples promoted the forgiveness of sins by preaching the Gospel: “And how can they believe in the one of whom they have not heard? And how can they hear without someone preaching to them?” (v. 14). As a result, clergy are sheepdogs, not the Shepherd. Their task is to learn to know their Master signals. At his direction, they are to identify who needs the Shepherd’s help and to bring them to him at just the right time so that the Master can directly intervene in the lives of his flock.

And what of Cranmer? Ever the Protestant Reformer, he repurposed the traditional English Epistle for this Sunday, since I John 5:4-12 also emphasizes faith as the key to eternal life. In effect, Cranmer was arguing that John must have meant the same thing in both his Gospel and Epistle, that Christ’s disciples of every generation are sent to preach the Gospel for the forgiveness of sins.

Does that mean that Cranmer had no use for private confession to a priest? Not at all!  Cranmer recognized that the confessional could be good pastoral counseling for the soul. In his 1552 Exhortation to Communion, the priest advises anyone needing reassurance to come to me, or some other discrete and learned minister of God's Word, and open his grief, that he may receive such [spiritual] counsel, advice, and comfort, as his conscience may be relieved; and that by the ministry of God’s Word he may receive comfort and the benefit of absolution.

In Anglicanism today, the old adage about private confession remains true: “all may, some do, none must.”

For Cranmer, a priest brings someone to the Shepherd through his Word in all its forms-prayers, biblical devotions such as these, pastoral counseling, preaching and the sacraments.

Therefore, let us now come to the Good Shepherd, by praying Cranmer’s collect.

Prayer
Collect for the First Sunday After Easter (BCP 1549): ALMIGHTY Father, which hast given thy only Son to die for our sins, and to rise again for our justification: Grant us so to put away the leaven of malice and wickedness, that we may always serve thee in pureness of living and truth, through Jesus Christ our Lord. Amen.
Copyright
John Ashley Null